For major companies such as Home Depot, Target and JPMorgan Chase, the risks and realities of cyberattacks on computer systems and customer accounts have hit all too close to home.

The latest incident, reported last week in a regulatory filing by JPMorgan Chase, revealed that 76 million household accounts and 7million small-business accounts were hacked this summer.

While there is no evidence thus far of customers losing money or account information getting stolen, hackers were able to burrow deep into JPMorgan Chase’s computers, a breach that underscores the vulnerability of the world’s financial systems.

It also illustrated how having the right people in place to defend against such attacks has become a major cost, and recruitment challenge, for businesses.

Read this commentary in the Milwaukee Journal Sentinel here.

Confronted before the latest attacks with the threat of online crime, JPMorgan had said it planned to spend $250 million on digital security annually.

However, it has been losing many of its security staff to other banks over the last year, with others expected to leave soon.

The competition for such talent is intense, mainly for supply-and-demand reasons: There aren’t enough trained hackers of the honest variety to go around.

That problem is gaining attention in Wisconsin, which is behind the curve in producing, attracting and retaining the kind of cybersecurity talent needed by companies and institutions of all sizes.

For starters, private companies aren’t just competing among themselves for talent.

The federal government is the largest single employer of cybersecurity experts. The Department of Defense alone expects to increase its cyber-fighting workforce to more than 6,000 employees by 2016, making it one of the largest such forces in the world. Defense contractors employ large numbers of developers and technical staff with cyber-expertise, as well.

HP Enterprise Systems recently sponsored a survey of human resources and IT security specialists nationally to “better understand how effective organizations are in hiring and keeping enough skilled and expert staff to meet their IT security mission.”

The global demand for people with cybersecurity skills is forecast to grow at 13% per year for at least the next three years, according to the Global Information Security Workforce.

Filling the workforce void in Wisconsin begins with producing more students with computing skills, especially in the emerging world of data science.

Data scientists bring a combination of math, computational and analytical skills to the job. Starting salaries for these positions are substantial, sometimes in the six-figure category. In 2011, McKinsey & Co. estimated there will be roughly 150,000 unfilled data analytics expert positions by 2018.

Wisconsin is one of only seven states lacking a training program used by the Department of Homeland Security and the National Security Agency.

Known as the National Centers of Academic Excellence in Information Assurance and Cyber Defense, there are about 100 such outlets nationwide. The program is designed to encourage the teaching of cybersecurity and building a pipeline of professionals, not only for the government but for other sectors.

So, what’s being done?

The talent shortage is certain to be a topic of conversation at this week’s Wisconsin Cyber Security Summit at Marquette University. And organizations like the Wisconsin Security Research Consortium are also making the case that more must be done to close the talent gap.

Cyberattacks are not only threatening national security, they are costing businesses and the economy hundreds of billions of dollars per year.

Workforce development in Wisconsin should mean more than preparing people for the skilled trades. It should include building a workforce for the digital age.

When should U.S. research be stamped ‘top secret’? NSF asks for a new look at the issue
June 30, 2022
The U.S. academic community is gearing up for a new effort to convince national policymakers that the benefits of keeping government-funded basic research out in the open—and not stamping it classified—far outweigh any threat to national security from sharing scientific findings. 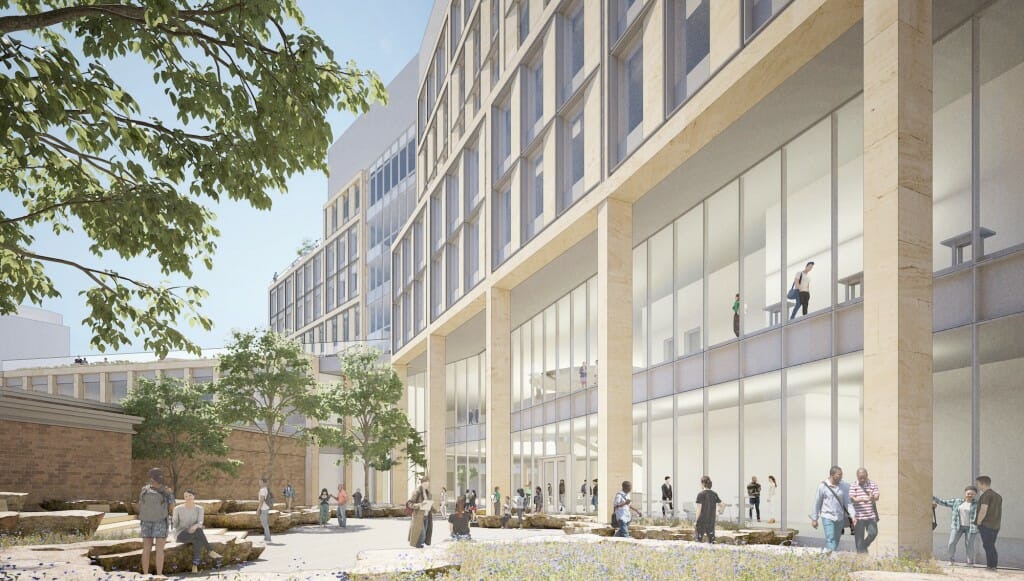 $175 million commitment helps launch UW–Madison School of Computer, Data & Information Sciences, support transformative mission
September 17, 2021
The University of Wisconsin–Madison’s School of Computer, Data & Information Sciences — a unique, forward-thinking collaboration focused at the intersection of technology and humanity — is announcing a new beacon for high tech in Wisconsin housed in a state-of-the-art facility in the center of campus.

Tom Still: Wisconsin must step up to compete for federal R&D dollars
July 18, 2021
The federal government is poised to make its biggest investment in research and development since the end of World War II, the dawn of the space age and the Cold War defense buildup, with hundreds of billions of dollars to improve U.S. competitiveness in a changing world.

Spy Agencies Turn to Scientists as They Wrestle With Mysteries
July 8, 2021
American intelligence agencies are tapping outside expertise as they wrestle with mysteries like the coronavirus and U.F.O.s that are as much about science as they are about espionage.

Rethinking Research Security
July 8, 2021
The January 2021 arrest of Massachusetts Institute of Technology (MIT) professor Dr. Gang Chen reignited a heated debate about research security: How can or should the United States protect the gains of innovation without damaging the very research base it wants to protect?

WARF/UW-Madison among top 10 universities granted U.S. utility patents in 2020
July 8, 2021
The Wisconsin Alumni Research Foundation (WARF), which manages intellectual property for the University of Wisconsin-Madison, has just been ranked seventh for U.S. utility patents granted in 2020, according to the annual Top 100 Worldwide Universities report.